I’m not what you might call handy about the house. I’ve never owned a toolbox, not once put up a set of shelves and the thought of DIY is normally enough to send me scurrying towards TV remote, grabbing a latté along the way. Having said all this, it was with a certain amount of relish that I grabbed a pair of pliers and a couple of screwdrivers from under the sink, and headed upstairs to the nursery to put our baby’s cot together.

Upon opening the box I was initially quite chuffed that Ikea had stuck with their smallest-number-of-bits-to-do-the-job ethos that had served me so well back when I first moved into my own place in Bath. 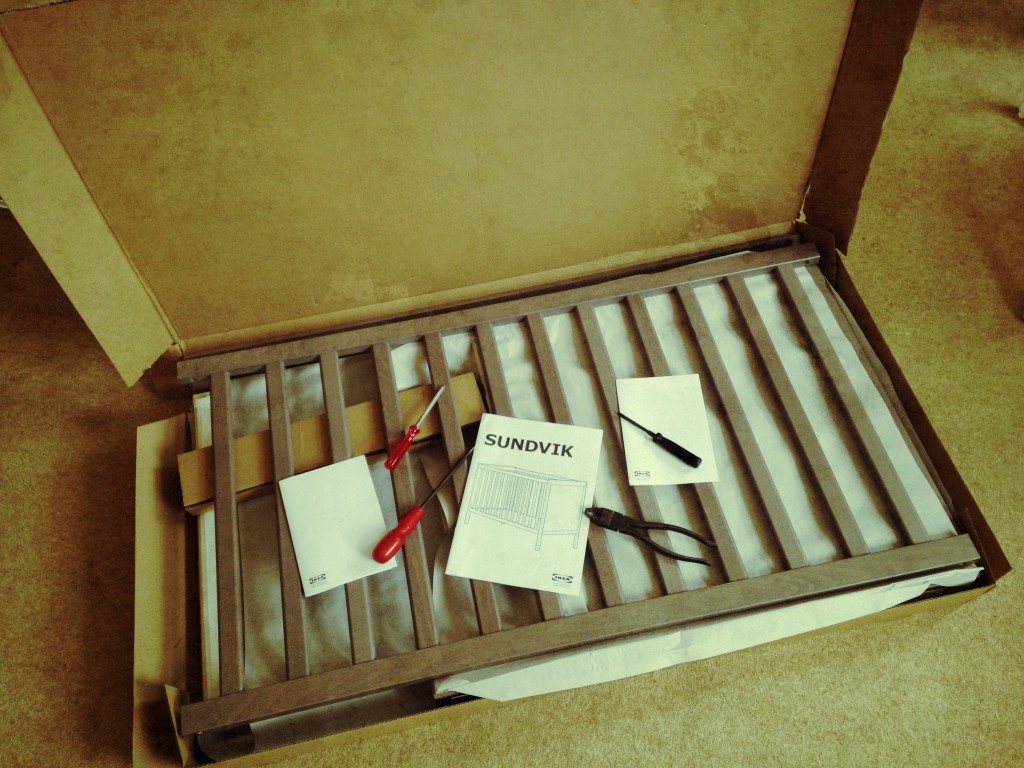 With an almost OCD-level of precision, I laid out the screws, washers, wooden dowels and other bits and bobs, stopping just short of putting a pencil behind my ear and wiping my brow. 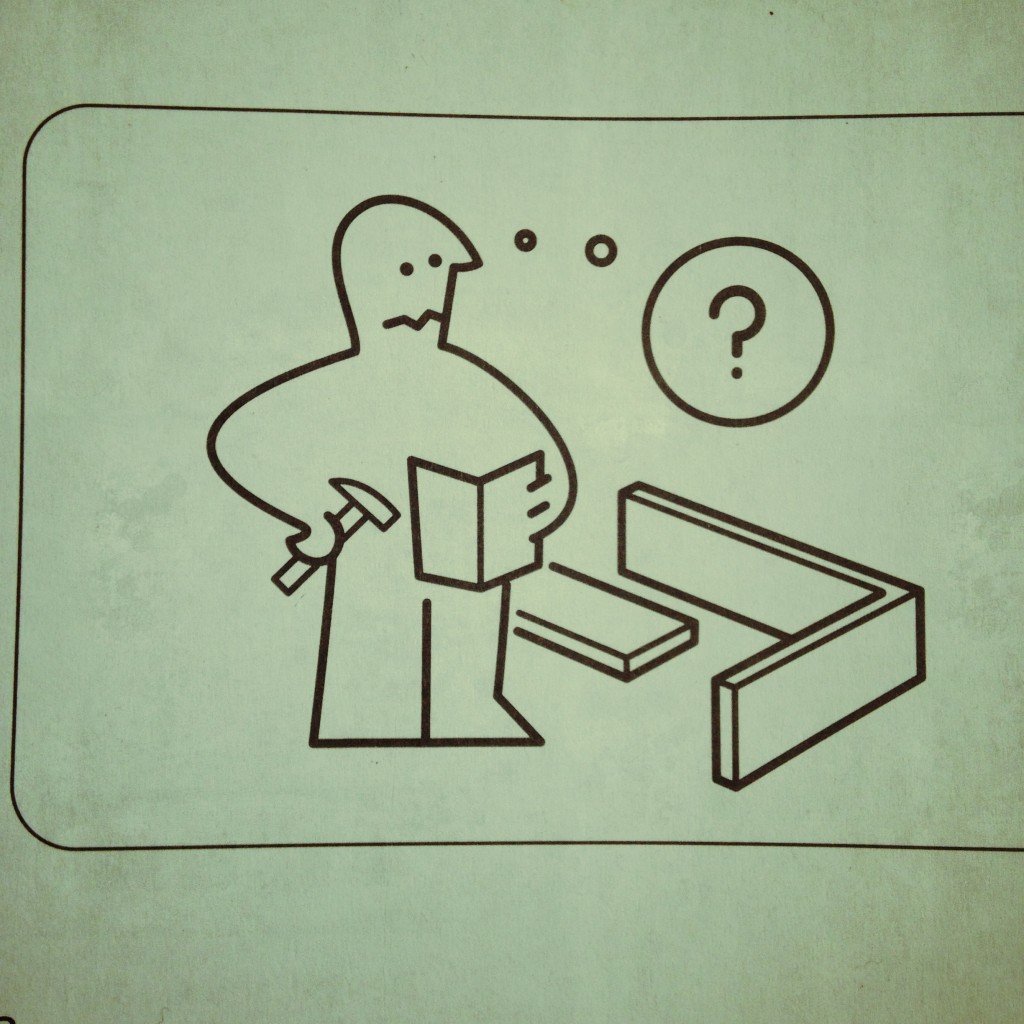 I’ll be honest, it was actually very simple putting the whole thing together but there’s always that paranoia that if you put something in the wrong way round then you won’t be able to get it back out again! For any of you with a similar level of DIY skill to myself, this would be a good cot to go for. It feels really sturdy and also has an adjustable base so that it can double up as a bed when the little one gets a bit older. I’d even go so far as to say I was a little disappointed that there were no major challenges for me to overcome to get the job done. I’d had it in my head that building the cot was going to be one of those mini rites of passage on the way to fatherhood and I guess it did still feel a little like that, despite the ease of the task in hand. In the modern flat-pack era, where your entire collection of furniture can arrive in neatly stacked brown cardboard boxes should you so desire, it seems like cot building could fast become a dying art. 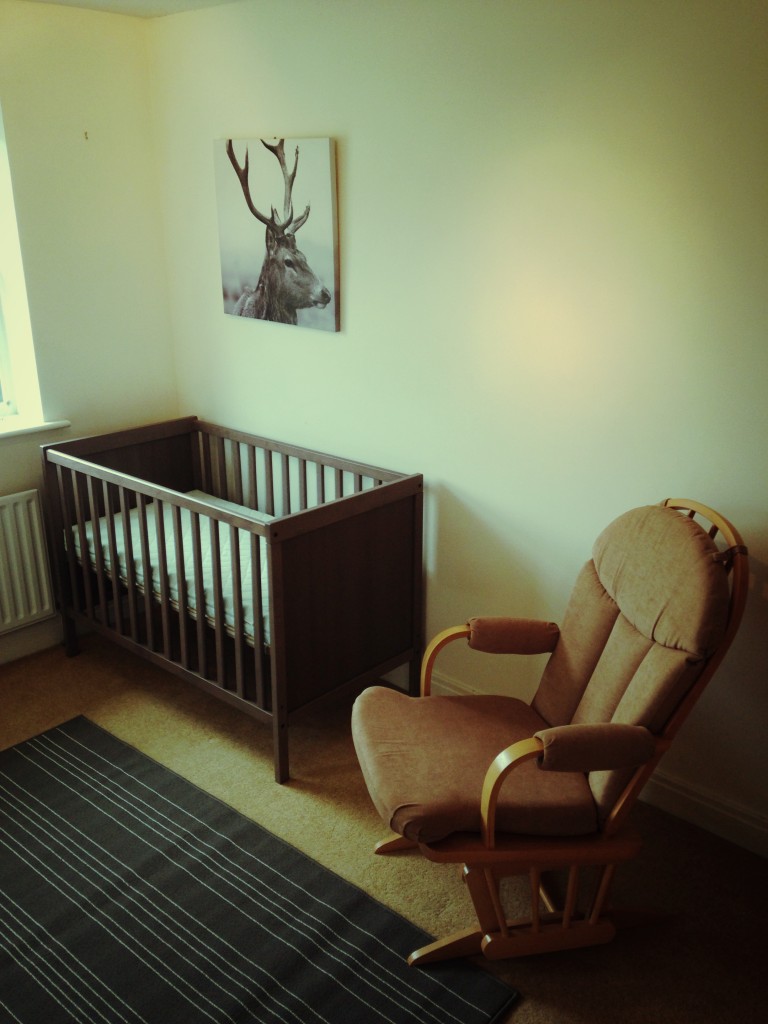 Although it wasn’t much of a test of my man skills (something which my future Father-In-Law takes great delight in amicably jibing me about), it felt great to have spent that half an hour or so putting one of the last pieces of the puzzle together for the baby’s first bedroom. They won’t get to use it for quite a while yet but its good to know that it is all there waiting for them when they arrive.